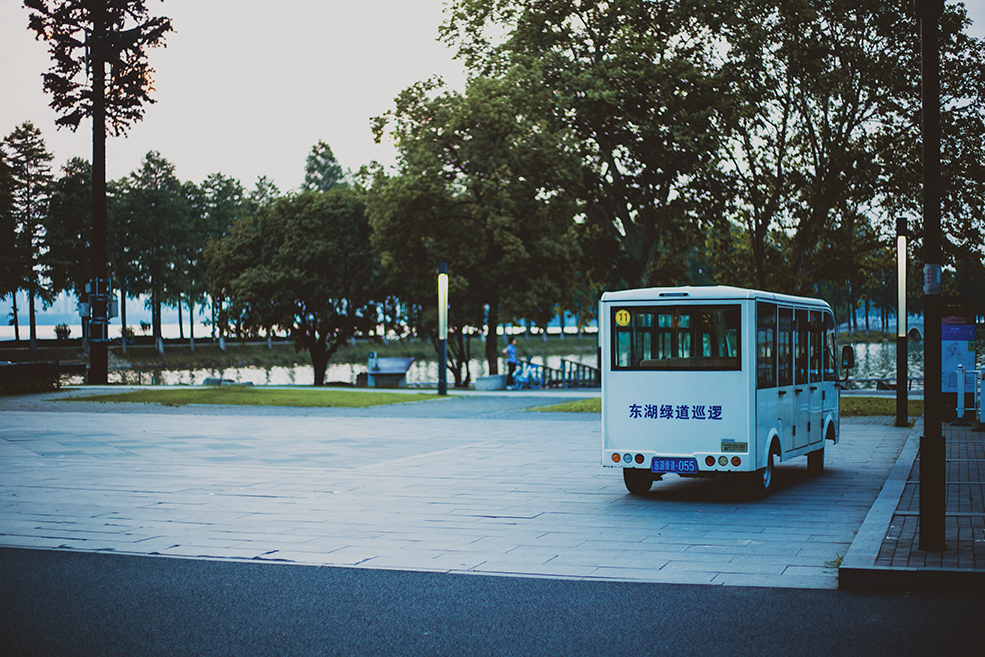 It was afternoon I walked and cycled on the lanes around East Lake. ‘Green lanes’ square-shaped signs showed. Trees and greens were everywhere as well as people cycling around the lake.

Breezing around the lanes, I saw happy faces as well as saddened, serious ones.

I wasn’t alone; I was with my friend.

There was a teen-age girl standing before the rock-made railing gazing at the surface of the lake, apparently saddened by her personal affairs. There was an unspeakable strength of saying nothing at all around her that could be seen by all passing her by. Had not life silenced people’s ability to express their feelings, they might still be willing to dream.Consciously saying nothing when one was obviously overwhelmed by something is a learned behavior. Learned helplessness, they, psychologists, called. Who had taught them that skill of not expressing their feelings? Mom usually says nothing while her eyes are apparently filled with untold uneasiness as though she have gone through a lot. Idling around the room then sitting on the armchair, mostly she was simply sitting, motionless, silent.

“Find something enjoyable to do, that may do you good.”

She will not listen.

Riding bicycles going towards wherever I was aimlessly was what I thought living. “I love to see you smile.” Zon said while sitting astride a bike looking at me, smiling.

I returned that smile and proceeded going into the deep forest in Jiangxia’s green lanes.

“How could a place be beautiful like this.” Zon meant the serenity of the forest we are in. “So serene that it seemed like a miracle.”

A miracle; It truly was, to me and Zon. So tender was to breeze around the trails in the forest on which we rode our cycles as free a experience as no one could ever have that I thought chancing our ability to understand very originality of living is a way to learn what is really worth having.

While resuming to go into the forest deeper, we expect no thing though still feeling fulfilled. Happiness to me seemed to be be that easy to obtain when we just noticed that there was a loquat tree beside the lane on the hillside and picked up some produce it bore to taste then that we didn’t realize it was such precious a thing to be cherished.

The loquat fruits we picked weren’t much tasty but they were everywhere; other tourists were idling picking those too. No one had said anything; they were eating, searching there for the next source of matured loquat fruit which could be much easier picked. Some seemingly delicious produce those trees bore were on the boughs too affluent to ignore and too high to be picked, about which we feel pitied.

So ephemeral was our trying to remember those sparkling bits in our lives in which we found our consolation when feeling hurt that we didn’t realize just that suddenly a moment we no longer knew what that very happiness was felt like.

Cool winds before night at that time in the forest of Jiangxia flowing through us made us aware again about our very nature of originality.

It had occurred to me that the less we expected about what we might be encountering around next corner of the mountainside, the more meaningful experience we might gain.

On the way home, seeing our shadows first, riding on the bikes, we felt thankful that we were on the right side of the lane at the right time as profound a feeling as a person could never imagine to experience.

And if in another portion of my heart I could still feel that part of me at that time, That smiling face of mine could still be felt there as much real as I could ever be.